The boho look is a style with a lot of background to it. If you’re a fan of boho style, check out this piece to find out how it began!

WHERE IT ALL BEGAN?

Bohemian Style is a way of life. Bohemian Style is more than just a fashion but an entire culture. The Bohemian culture was first discovered in France, and the French revolution created this Bohemian culture. The proletariat at the time didn’t have a lot of funds or the resources needed to design trendy looks. They often wore inexpensive and comfortable clothing. The artists did not have a status and often struggled to make money.

After the demise of the bourgeoisie, the artists were viewed as role models, and they formed an individual culture. The culture is laid back fashion where people expressed their personality through their clothes. The Romantic Movement gave rise to self-expression, and the Bohemian group was considered people who believed in freedom and chose to be comfortable over all other things.
Fashion-consciousness through clothing became an accepted trend. People hailed the artists who reflected their personal beliefs through their lifestyles and clothes.

Henri Murger, the renowned French novelist, wrote that the ‘Bohemians’ were a collection of intellectuals and artists that had worn-out coats, threadbare jackets, and worn-out shoes and had a cozy appearance. The Bohemian at the time changed their clothes to medieval styles and were adorned with vibrant textiles. They had hair with long, unruly locks and wore hats for an expression of Style.

Then, in the Aesthetic movement, the group of Aesthetics was a rebel against social rules and determined to bring the traditional style to the modern age. The culture is believed the entire industrial revolution was dehumanizing in which workers were abused. So they decided to fight back through their clothing. They wore loose clothes, and the material was purely soft. The dyes used were organic for the colouring of the clothes, and the embroidery wasn’t manufactured in factories but was made by hand. However, they still supported restricting clothes. The cult was totally opposed to corsets and desired their clothing made to feel more comfy.

The name Bohemian was a common derogatory term used by the people, meaning “Gypsy”. Since the adherents of this movement opposed the materialistic view, they lived their lives of necessity, not the luxury that showed through their clothes.

Bohemian fashion changed its direction into the second century it became a popular option for those who were poor as well as the richest. The fashions then evolved to include swirls, floral designs and other accessories. The Style then shifted to an Hippie Era, wherein in 1960, the cult became larger, and more people stood against the norms of society. The fashions were redesigned to match the clothes. You can now find flared silhouettes as well as patterns made of mixed prints as well as embroideries, and patterns of mixed prints. Many also integrated the ethnic clothes they wear in their clothing, to ensure they reflected their ethnicity.

The hippies totally eschewed the social norms and decided to express their displeasure through their fashion choices. Their fashion was in opposition to the fashions of slack-fitting, luxurious clothes. Since then it was the Bohemian Style has experienced numerous seasons and shifts. Today, the Style has been largely removed from its historical context and is just a fashion statement.

In the 20th century however it was evident that the Bohemian design was connected to the younger crowd, as people wore it to distinguish themselves from the previous generations. The fashion trend that has become cult allows for more variations, which have led to trends like Beatniks, stripped blouses, floral dresses or turtle necks.

In addition, Bohemian Style turned into something that was a blend of different clothes put together to create a unique style. The counterculture will continue to be popular in the coming generations since it accepts unique and unusual concepts. Today, it’s not a style that is radically different. However, it is a fashion statement that people wear throughout the day and night.

In the present, we can spot everyone sporting boho chic style clothes to stand out as a fashion statement. This is no longer a trend for poor people, but is now a popular choice for everyone from all different walks of life. The development of the boho style is a fascinating journey that everyone should be aware of!

In this article:bohemian, boho, boho chic 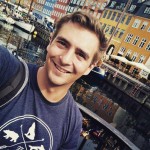 Josh Shankowsky is a professional author. He likes to write about self-improvement and marketing, especially in the digital realms. When he's not working on Snap SEO he loves photography and mountain biking.

The phrases “boho” and “gypsy” are very fashionable in the world of fashion However, each style is distinct and has its own style with...